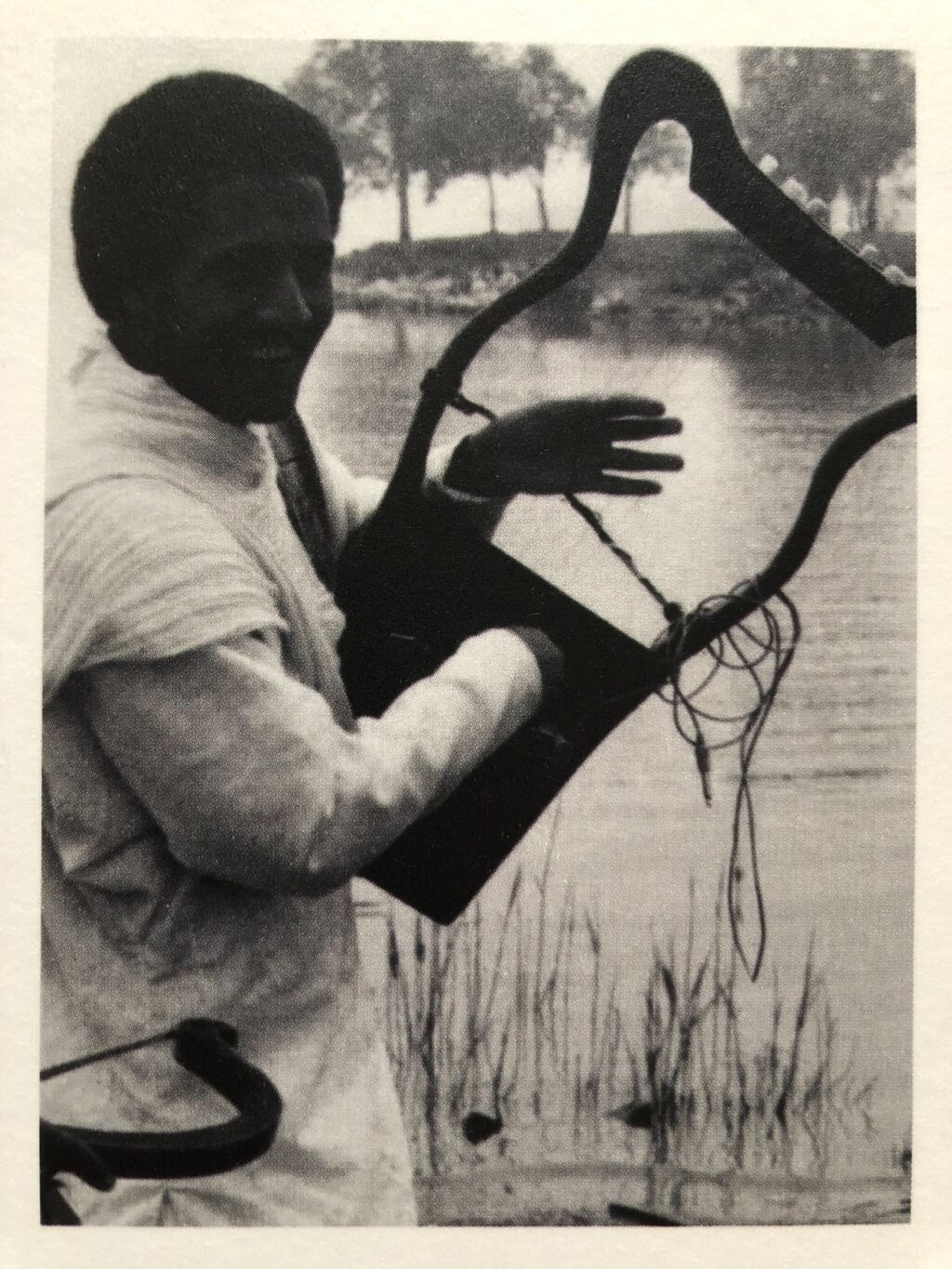 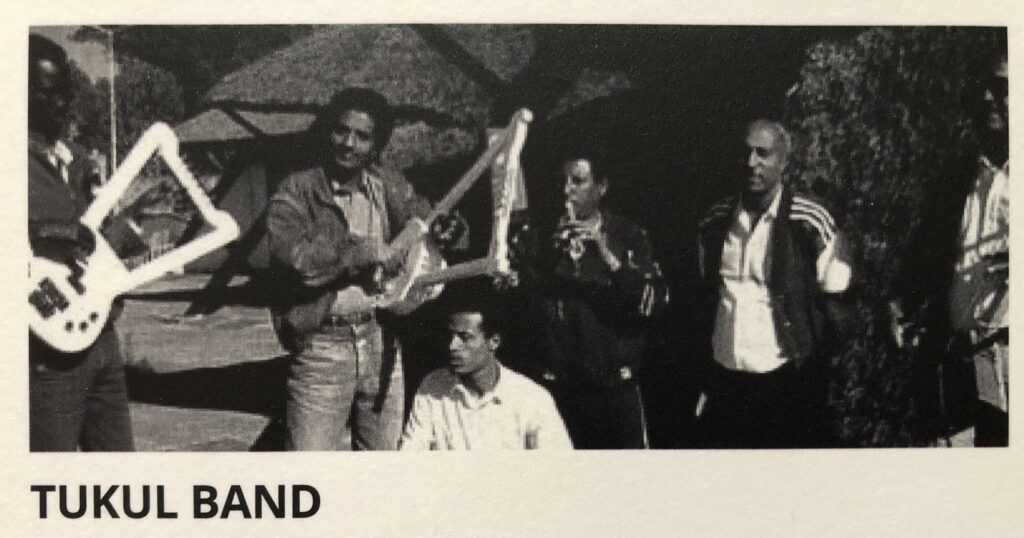 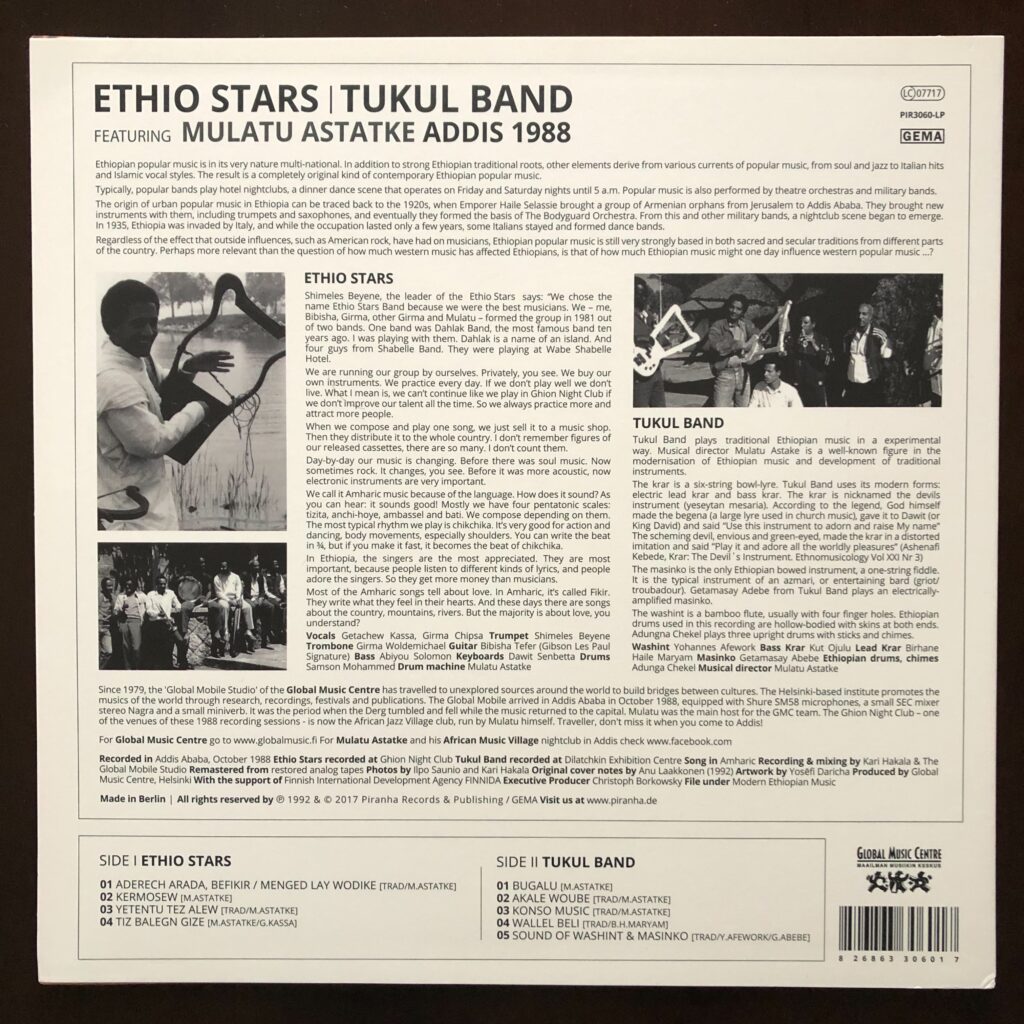 Fuelled by Mulatu Astatke as artistic director, composer, arranger and collaborating musician, Ethio Stars and Tukul Band’s Addis 1988 recordings vibrantly sustain the innocence of these musical originators, yet hold up to modern standards with timeless aplomb. The album also helps to fill a gap: the period when Mulatu and his music were largely forgotten outside of his homeland.

Fuelled by Mulatu Astatke as artistic director, composer, arranger and collaborating musician, Ethio Stars and Tukul Band’s Addis 1988 recordings vibrantly sustain the innocence of these musical originators, yet hold up to modern standards with timeless aplomb. The album also helps to fill a gap: the period when Mulatu and his music were largely forgotten outside of his homeland.

First released in 1992, available for CD only and out of print for many years, Addis 1988 is now remastered, and available as limited edition on vinyl for the first time, a stunning 180 grams for audiophiles and aficionados.

When the Global Music Centre Helsinki Mobile came to Addis Ababa in 1988 to record local heroes Ethio Stars and Tukul Band, the cradle of humanity in the Horn of Africa was still in the grasp of the restraints that the Mengistu regime had put on its people to secure its dictatorial control. It would be another three years until the guerrilla forces would chase the oppressors out of the capital 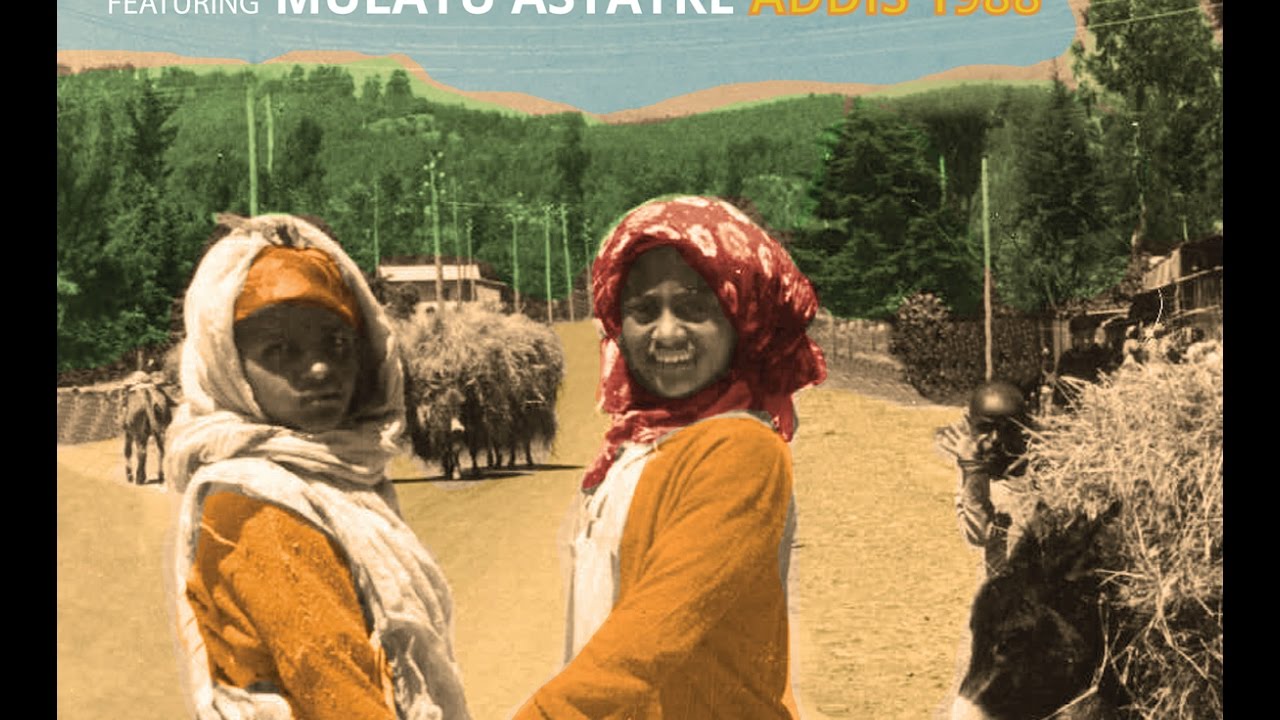 Until then, and certainly during the time that Addis 1988 was recorded, the cultural climate in Ethiopia had, to a large extent, been lacking and full of restrictions. Lyrics were subject to extensive governmental censorship. Due to strict curfews from 11 am to 5 pm, artistic exchange with foreigners was very limited, all the more nurtering exploring ethiopians’ own roots during the long nights – you could not go home, either. The result of such restrictions was an often heavy reliance on the local traditions and heritage and instrumental-only styles of music that didn’t need to rely on lyrics at all.

Addis 1988 sheds a light on both of these historical phenomena. Tukul Band, for one, predominantly withdrew into traditional krar music – the six string bowl-lyre that’s said to be the devil’s creation for mankind to accompany their earthly pleasures. Ethio Stars, on the other hand, took to domestic exile on the hotel circuit where they – quite in contrast to Tukul Band and their scene – absorbed all the soul, reggae and rock from outside Ethiopia that they could get their hands on, interlaced them with their Amharic love songs – known as Fikir – and sent the hybrid back out into the world.

Since this time, the world has caught up to the sound of Ethiojazz in general, and to the mastermind pulling strings in the background of both bands, Mulatu Astatke, in particular. On Addis 1988, ‘the father of Ethiojazz’ contributes compositions and arrangements for Ethio Stars’ set, as well as sensitively programming one of the first fully-developed drum machines of the time; then takes the musical direction of Tukul Band and their modern approach to traditional Ethiopian music, contributing compositions and arrangements.

His original Tukul Band composition ‘Bugalu’ (Side II, 1) sums up Mulatu Astatke’s musical vision by its title alone: to pick up on the trends of the Western pop world – in this case the boogaloo, a Latin style very popular in 1960s U.S.A. – but make them your own in a uniquely Ethiopian fashion! Also dig the international dance groove of Ethio Stars: listen to their afro-soul piece ‘Tiz Balegn Gize’ (Side I, 4), and lift-off into the Fikir feeling for good.

Addis 1988: Strong roots – and an equally strong urge towards the world beyond!

Respect and honour to the forefathers – with a distinct taste for adventure and shakin’ that ass on the side!