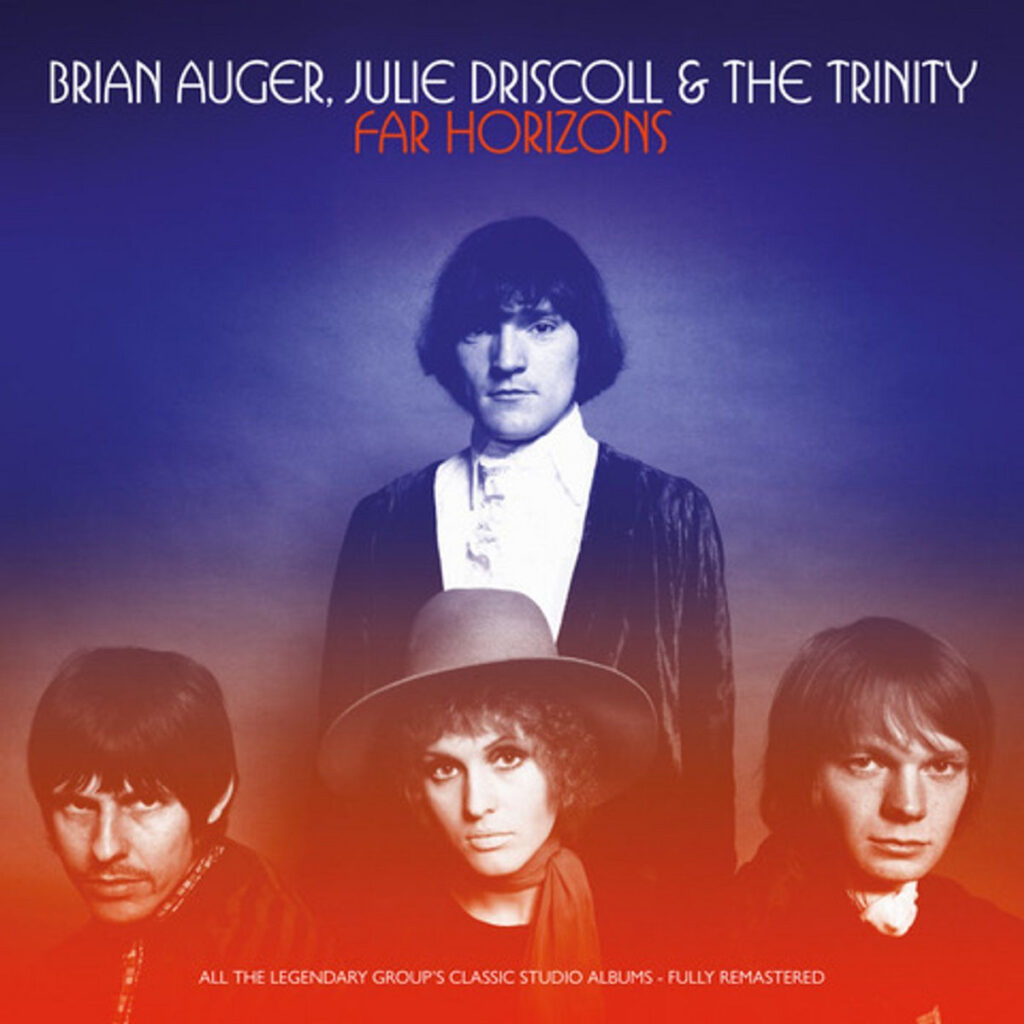 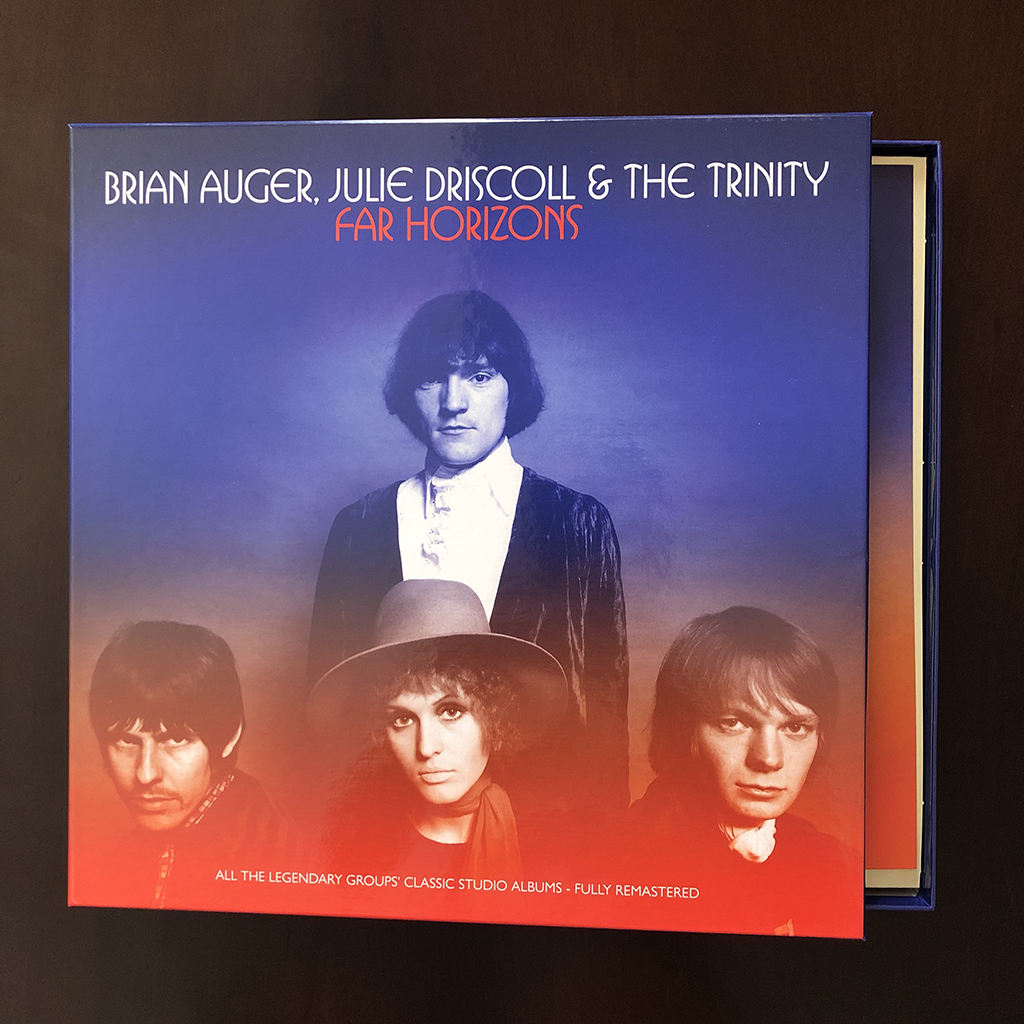 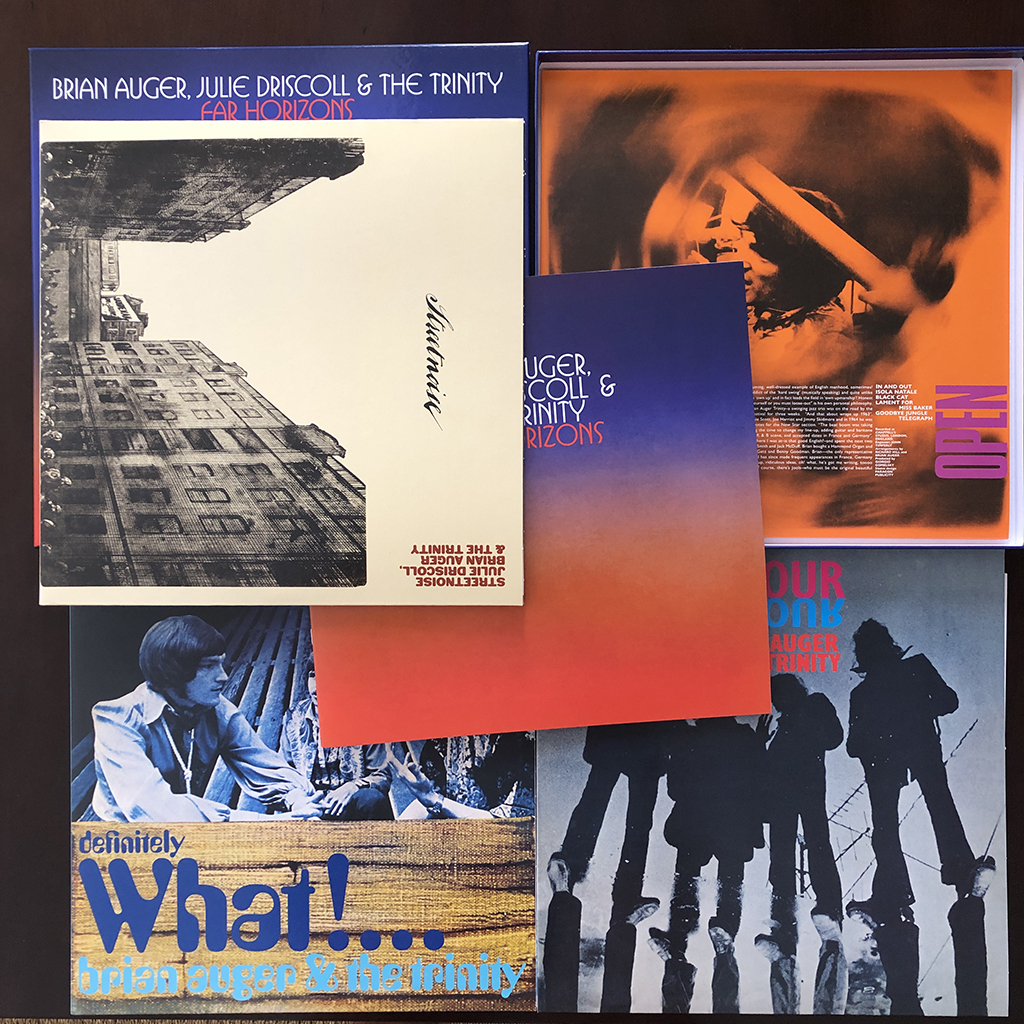 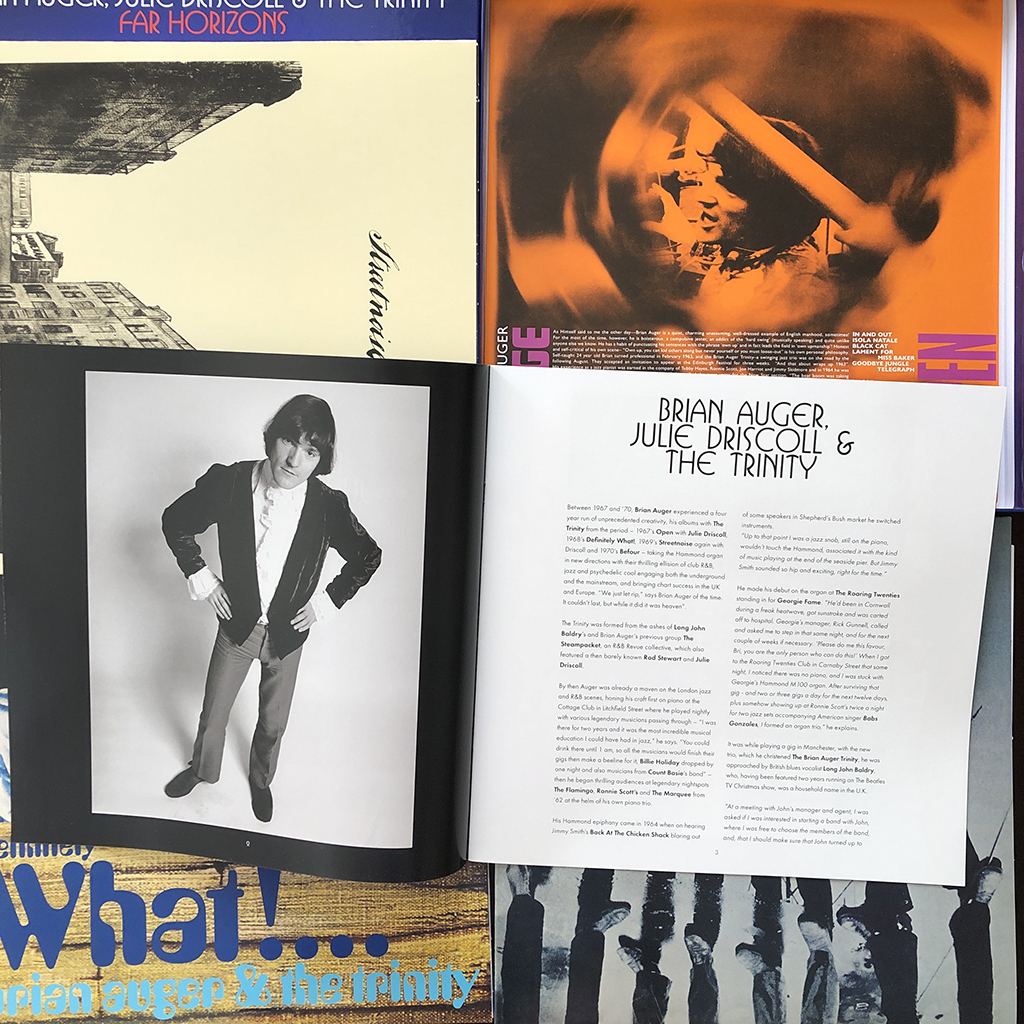 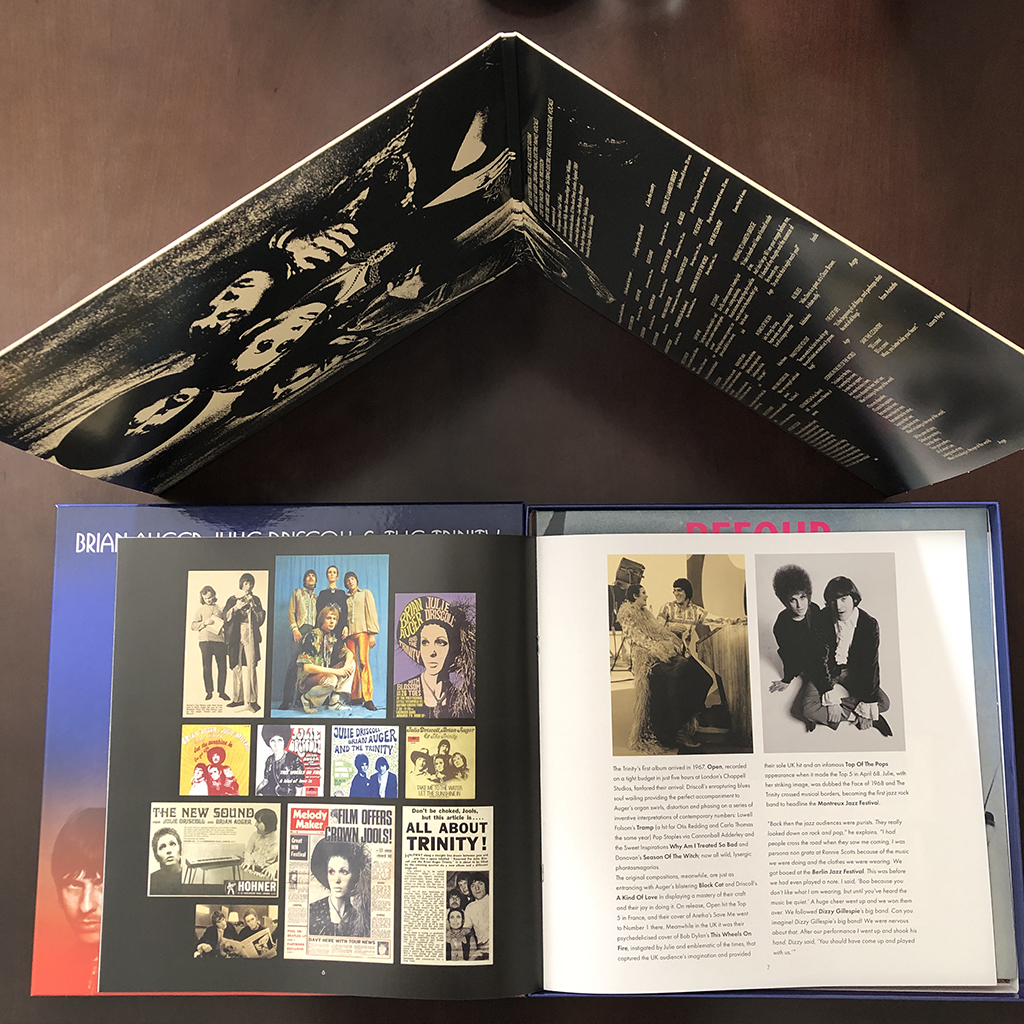 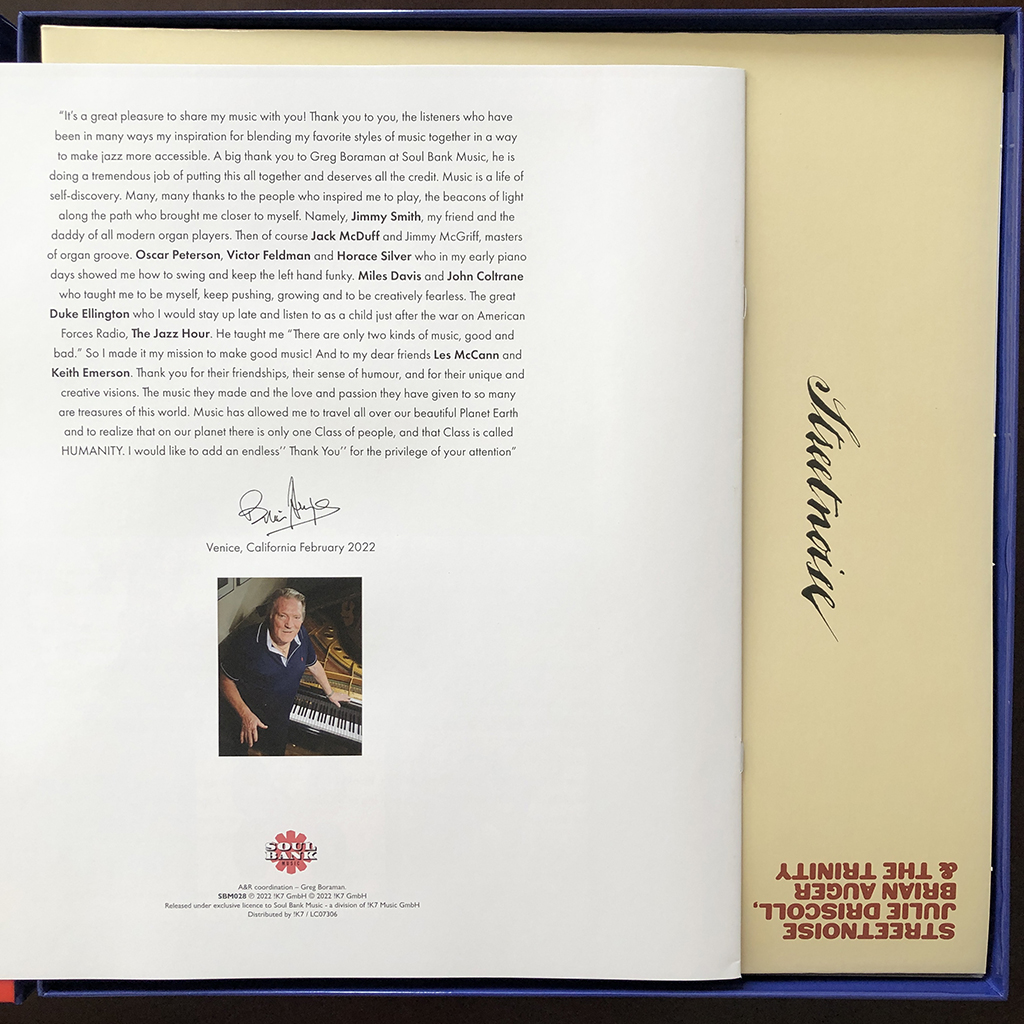 Far Horizons is the ultimate compilation of the ground-breaking, unique jazz/R&B/pop group Brian Auger & The Trinity, released by Soul Bank Music on a superb edition of 5 LPs Box Set!!!

Far Horizons is the ultimate compilation of the ground-breaking, unique jazz/R&B/pop group Brian Auger & The Trinity, released by Soul Bank Music on a superb edition of 5 LPs Box Set!!!

Adding the UKs then greatest soul/pop singer Julie Driscoll to this new collective meant that not only did the band have a unique, beautiful voice and face to front the group – Driscoll also embodied everything about the 1960s fashionable It Girl; her sound, her clothes, hair styles and make up assured that nearly as many column inches were dedicated to her stylish demeanour as much as the band’s genre bending music.

The group were the one of the first too to intentionally set out to break down musical barriers – Brian himself specifically stated in the sleeve notes for 1968s ‘Definitely What!’ album that his concept “lies along a straight line drawn between pop and jazz and aims at the ‘fusion’ of both elements”. ‘Fusion’ at that time was not even a recognised musical term, reinforcing Auger’s credentials as an originator and innovator.

“Back then the jazz audiences were purists. They really looked down on rock and pop,” he explains. “I had people cross the road when they saw me coming, I was persona non grata at Ronnie Scotts because of the music we were doing and the clothes we were wearing”.

Happily – audiences of the time didn’t take the same dismissive approach, Julie Driscoll, Brian Auger & The Trinity toured the US and had exploded onto American TV screens as guests of The Monkees, and also scored hits across Europe’s pop charts via the singles ‘This Wheels On Fire’ & ‘Save Me’ – but simultaneously appeared on the UK’s ‘Top Of The Pops’ in the same month as headlining major European Jazz Festivals – a feat no other act has equalled since.

Between 1967 and ’70, Brian Auger experienced a four year run of unprecedented creativity – 1967’s Open with Julie Driscoll, 1968’s Definitely What!, 1969’s Streetnoise again with Driscoll and 1970’s Befour – taking the Hammond Organ in new directions with their thrilling fusion of club R&B, jazz and psychedelic cool, engaging both the underground and the mainstream, and bringing the group chart success in the UK and Europe. “I look back on my years with The Trinity as a period of discovery,” Auger concludes. “I didn’t know what would happen or where it would take me but we were breaking down barriers and going someplace new.”