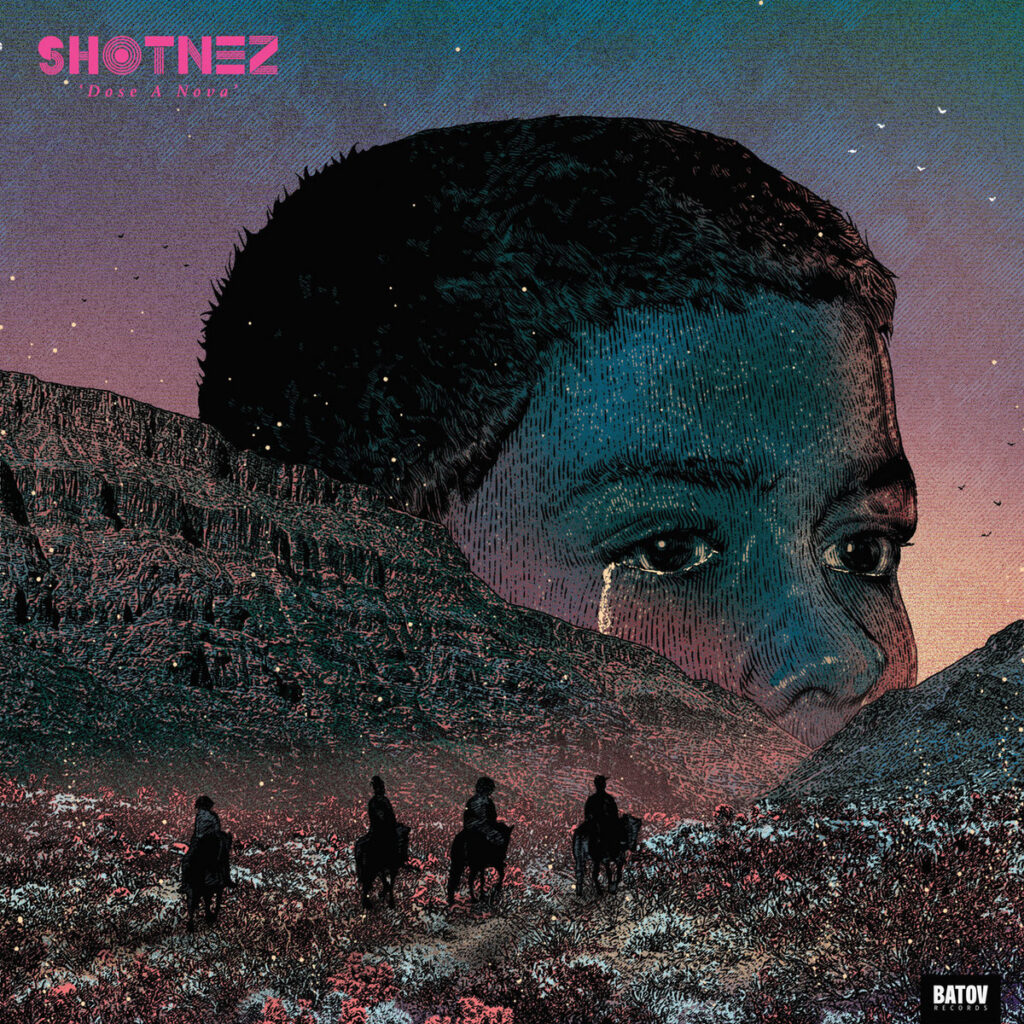 Two decades since they formed in New York City and over ten years since their last album, Tel Aviv based quartet Shotnez are back with Dose a Nova, an album of 10 exhilarating jazz filtered jams, with vibrations indebted to Tuareg desert blues, Ethiopian-jazz, 1950’s Afro Cuban recordings, surf- rock and folk from across the East Mediterranean basin, released by Batov records.

Two decades since they formed in New York City and over ten years since their last album, Tel Aviv based quartet Shotnez are back with Dose a Nova, an album of 10 exhilarating jazz filtered jams, with vibrations indebted to Tuareg desert blues, Ethiopian-jazz, 1950’s Afro Cuban recordings, surf- rock and folk from across the East Mediterranean basin, released by Batov records.

Listen to: Dose A Nova

Featuring the original Balkan Beat Box producers Ori Kaplan and Tamir Muskat alongside Uri Kinrot from Boom Pam and Itamar Ziegler from The Backyard, four musicians who are all producers and share love and deep connection to hip hop and jazz, Shotnez reunited in 2020 meeting up for improvised sessions and jams, once a week over a period of about four months at a carpentry turned music studio in suburban Tel Aviv.

Downing midi cards, triggers and synths, the day to day tools for these four producers and picking up and playing their respective traditional instruments – saxophone, clarinet, guitar, bass, percussion and drums – the group was immediately liberated by the moment. In the middle of a strict lockdown, they had no pre-conceptions, no deadlines, no labels or managers knocking on the door. This was an opportunity to rebuild the camaraderie that developed on the other side of the world two decades back, to reconnect as brothers and seek a higher spiritual plane, all the whilst fully encouraging each other to express their diverse musical backgrounds channelled within, during their time apart.

Dose A Nova is a smoky affair with jazz the common denominator through its ebb and flow. Oozing in globally recognisable grooves from Afrobeat (Contagious) to Afro Cuban (Shemesh), its chord structures and scales from east and west insistently interweave rewarding the record with dynamic mood swings. There is a punked out, baritone sax inspired workout in Gina, Middle Eastern traditions, claps and vocals combine on Marhaba and guitar and a heavy sax lick drives the surf sound of Last Straw.

Tamir & Ori, the drummer and saxophone/clarinet players have shared a massive part of their musical careers together, notably as the founders and creative hub of Balkan Beat Box, a group who exploded onto the international scene in the early 2000s. They have released seven albums, performed countless live shows globally, pioneering their unique brand of Balkan and Eastern European music with bass, brass, dancehall, reggae and experimental electronics fragmenting traditions and whilst doing so, offering a platform for countless other artists within their collective – artists like A-WA who Tamir has personally produced. Tamir & Ori (also known as DJ Shotnez) have both been members of Gogol Bordello, lived in New York together for many years and in recent times have become, slightly unexpectedly, uber-hot property as their Middle Eastern bass heavy beats and saxophone riffs have been sampled for hugely popular songs such as Fifth Harmony’s Worth It with over 2 billion + YouTube streams.

But with feet on the ground, back to the humble and cosy carpentry studio and creative nest of Shotnez, it’s Kendrick Lamar they collectively turn to for inspiration, specifically to To Pimp a Butterfly, an album the group regard as the game changer for jazz, or more specifically for people who hate jazz. And it’s that collective desire, to rewire acoustically everything that is ‘pure’ that allows Dose a Nova to shine.